Free Shipping On All Orders Above $50! 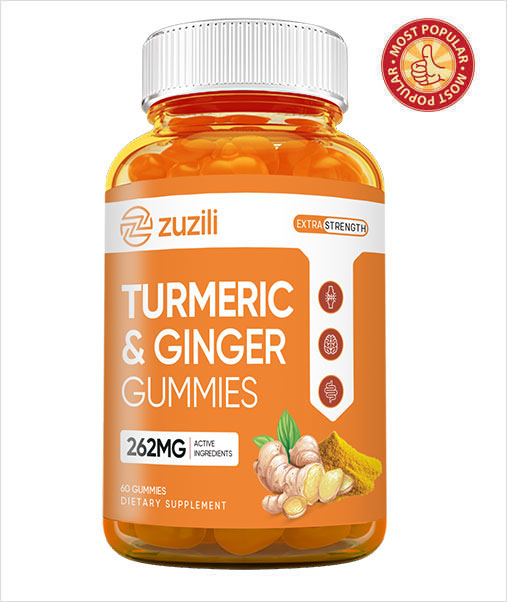 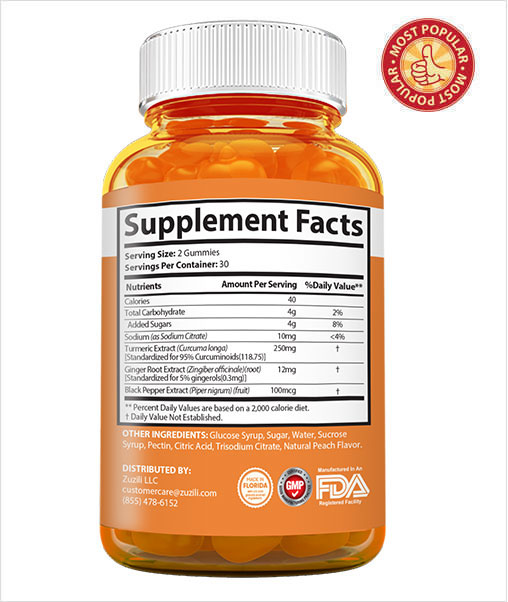 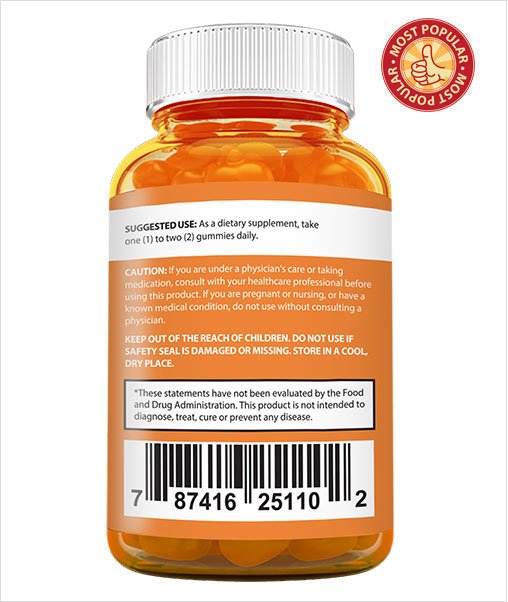 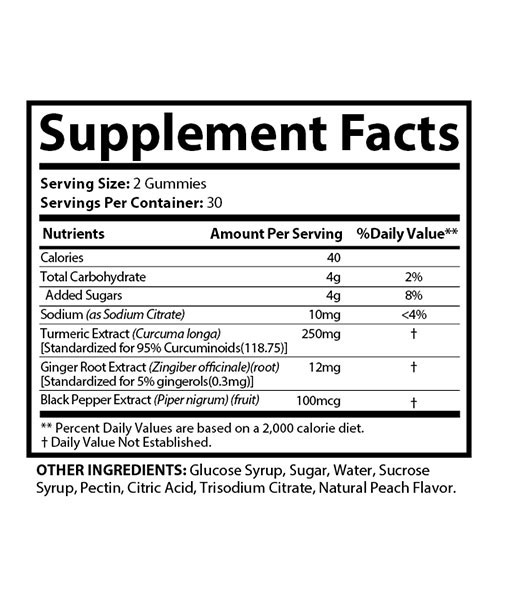 Those of us with creaky joints know about the power of turmeric and ginger to reduce inflammation and pain. But unless you enjoy mustard on everything or reach for a sugary Ginger Ale, you’re not getting enough! Now, relief tastes delicious and is better absorbed by the body in gummy form.

Zuzili Turmeric & Ginger gummies are nutrition you can look forward to. In addition to their well-known anti-inflammatory properties, turmeric and ginger are also powerful nootropics – catalysts that boost brain chemistry, focus, and memory.

With diet alone, it is almost impossible to get the daily dose of these ancient root spices. So enjoy two flavorful chews a day for pain relief, boosted immunity, and higher cognitive function. 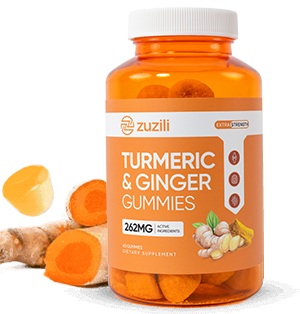 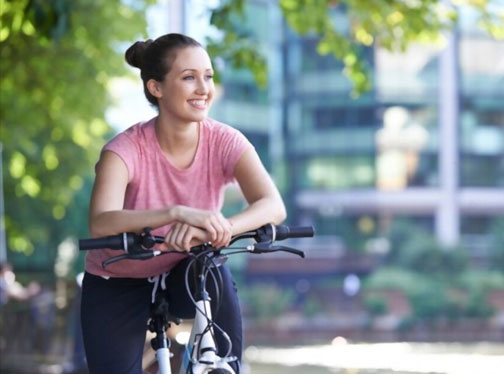 Anti-Inflammatory Support For The Body 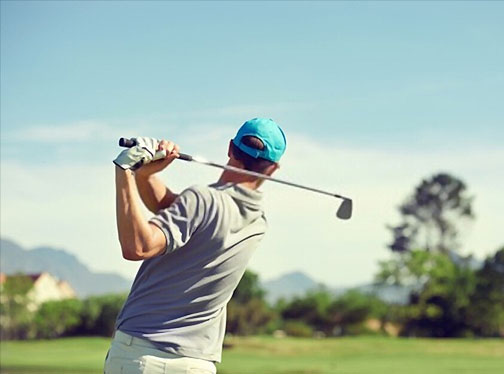 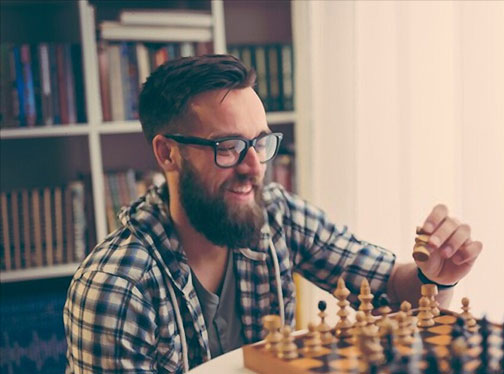 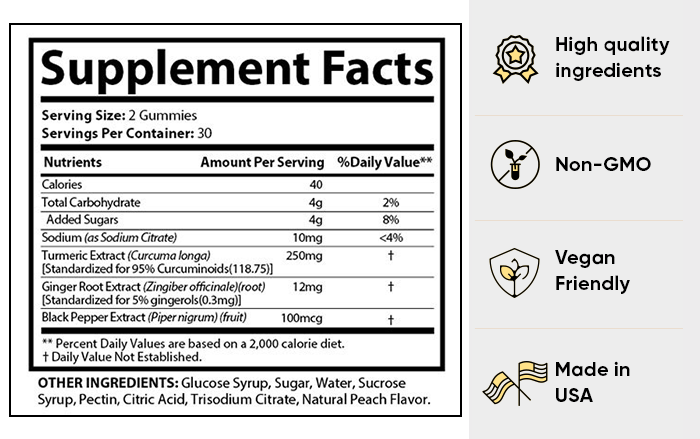 *Do not exceed recommended dosage.

A Wallop Of Wellness
In A Fountain Of Flavor

“These vitamins not only help with joint discomfort but also upset stomach. Most of the ingredients have other benefits, and the only ones that don't, such as cellulose, are neutral and transparent. What I mean is, the list is basic and you can research for yourself how everything works. These are like soft chew vitamins with the texture of soft ginger candy. You get a ton of them for the price and the packaging is cute.”

“I am very active in my day to day life and these are great for the joints! The best thing for me is the great tasting flavor. I will be recommending these to many people. Very happy about this purchase and also came in on time!”

“These Turmeric fruit flavored gummies are the real deal! I can't express my love for these gummies enough! Just after a few days of taking them I am already seeing a decrease in my joint pain in my hands. I work a lot on my laptop so my hands feeling good is very important for a productive day at work. I take 3-4 of these a day and love the benefits they have provided me! Going to order another bottle ASAP!”

“I have really enjoyed these gummies since they were delivered. The delivery came sooner than expected, and I was surprised how tasty they were considering the main ingredients. Makes healthy digestion of this enjoyable, and the customer service was very communicative in the process. Y'all definitely have my business moving forward!”

“It is super important to me that I found a vegan turmeric supplement which is another reason I enjoy taking these. I love that this product contains not only turmeric but ginger as well. Ginger has wonderful digestion benefits and works well for me. The turmeric helps with inflammation tremendously. I would highly recommend these supplements to others looking to get their turmeric!”

“These gummies really helped with digestive issues and to relieve inflammation in my hands.” 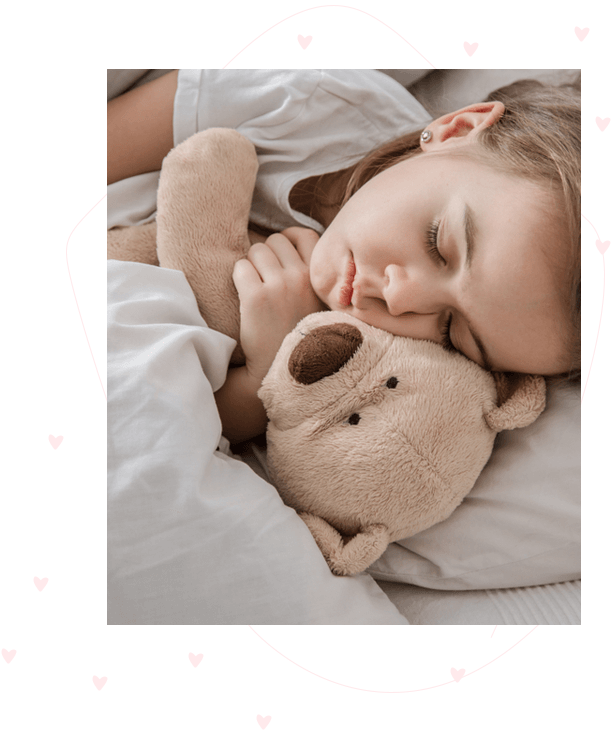 The Gift of Wellness
Zuzili In The Community

Your purchase matters twice because Zuzili believes in giving back. You’ll get healthier, and so will the children we support. A portion of every sale of Zuzili gummies is given directly to the world’s oldest and most respected children’s charity: Save the Children. This prolific global organization helps save the world’s 2.3 billion children from hunger and malnutrition. Today, working in more than 100 countries, Save the Children does whatever it takes to give children safety, a healthy start in life, and the opportunity to learn. Your purchase helps. 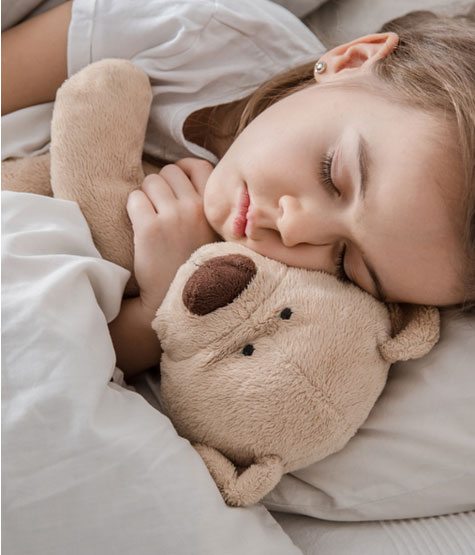 Both ginger and turmeric have been used in eastern medicine for centuries. Turmeric contains bioactive compounds that act as a defense against inflammation throughout the body. Turmeric also acts as a powerful antioxidant to reduce oxidative damage. These properties mean that turmeric and ginger can relieve the pain of stressed joints.

All Zuzili superfood gummies are made without caffeine.

SHOULD I TAKE T&G GUMMIES AT A CERTAIN TIME?

Zuzili superfood gummies can be taken at any time of the day. Take them before a meal or in between as a snack. Zuzili gummies are known for superior absorption by the body and may be taken whenever most convenient for you.

ARE THEY GLUTEN FREE?

All Zuzili superfood gummies are gluten-free.

ARE ZUZILI GUMMIES MADE WITH GELATIN?

The entire lineup of great-tasting Zuzili superfood gummies are made without gelatin.

HOW DO I TAKE T&G GUMMIES?

Take two T&G gummies per day whenever convenient – before a meal or in between meals as a snack. Zuzili superfood gummies may be taken with or without food.
Order Now

Our best selling Zuzili supplements that make being healthy easy. 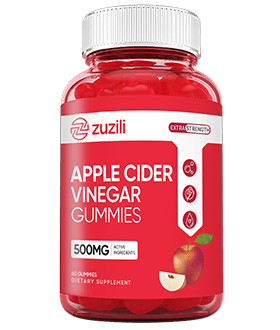 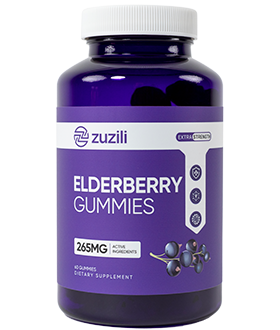 Sign Up Now For Exclusive Zuzili Deals, And More!